Shoot all the SAKANA that appear.
When you collect a certain number of items (sushi),
your ship will become more powerful.
Try to defeat all 6 stages and the last boss.

※Japanese is converted by deepl.
Grammar may be wrong.

Only OP and ED are in Japanese.
There is no problem in playing.

Defeat the enemies that appear one after another.
Try to collect items that enemies drop (hereinafter referred to as sushi) by walking as much as possible.
The total number of sushi you take will be treated as your score.

For every 300 sushi you collect in a stage, your remaining ship will increase by 1.
Also, when you collect a certain number of sushi, you will get more options (cats).

There is a route split, but there is only one final boss and one ending.

Options(cats) don't fight with the boss.

If you clear a stage with less than 2 machines left,
the number will return to 2 in the next stage.
If you continue, The number of remaining ships is 4,
and the sushi reverts to the score at the start of the stage.
There are no particular disadvantages.

When the last boss is defeated, the total number of defeated enemies/10 will be added to your sushi.

The game is compatible with xinput gamepads.(nksk_win.zip only)

You can use the stick to move, LT or RT to shoot, and X and B to rotate.
In the menu, use A to decide and X to return. (B is compatible with C key).
(However, since the game was made to be played with a keyboard, it is probably easier to play with a keyboard.)

some kelp201 days ago

really great game! the aiming is slightly confusing but it's okay, I really liked it!

This is great fun! Will there be a paid version (with online leaderboards)?

I'm a huge fan of anything that's bullet hell/twin stick/shmup and this is damn near perfect. I probably have about 5-6 hours into your game and continue to want to pop into it from time to time. Love how much content is there already.

I actually did two vids, one for the standard route A and then messed around with alternate routes in a second vid.

I'd love an endless mode of this

Cool little game. However, it would be nice if the full-screen option was saved when the game is closed so I don't have to set it again every time I reload.

Nice!  I liked the whimsical art style, and the aiming controls presented a nice challenge.  I wasn't clear about what the cats do, if anything.

I only made it to the second stage so far, but I'll try again later and see if I can complete the whole game.

Also, I ran into a bug -- pressing the 'esc' key in the browser causes the game to freeze. 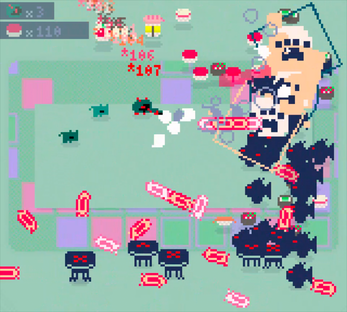 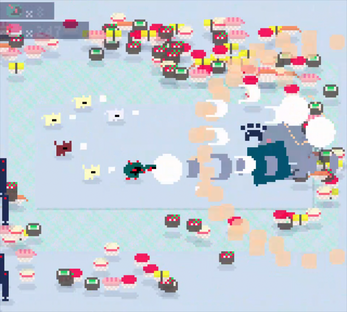 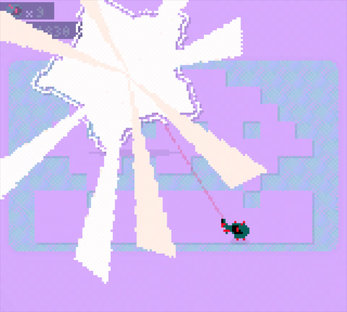 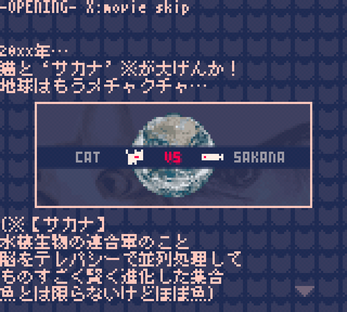